Stockholm, Sweden, November 14, 2018 – National health authorities around the world need to step up efforts to tackle a decades-long rise in people suffering from diabetes and obesity, urged Blue, a investment company that serves as a catalyst for sustainability-driven innovation.

He said health authorities such as WHO have made it clear that simple lifestyle measures can be effective in preventing or delaying the onset of diabetes, especially Type 2, which is largely the result of excess body weight and physical inactivity. Type 1 diabetes stems from deficient insulin production due to unknown causes and it is therefore not preventable. 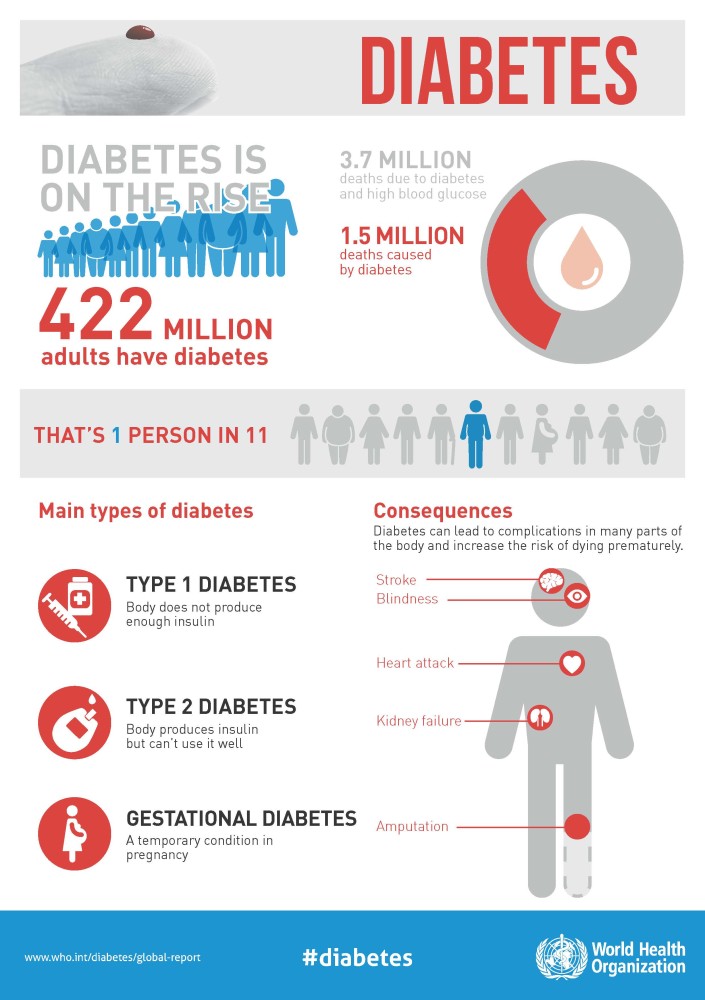 WHO says the worldwide number of obese children and adolescents (aged five to 19 years) has risen tenfold in the past four decades, while the number of people with diabetes has risen from 108 million in 1980 to 422 million.

“It is shameful many government’s do not commit to long-term serious efforts to raise awareness that achieving and maintaining a healthy body weight, doing regular physical exercise and avoiding sugar through a healthy diet can help prevent and reduce the diabetes burden”, Anders Jacobson said.

He added societies have much to gain from nailing obesity as it is a major cause of diabetes and related illnesses such as blindness, kidney failure, heart attacks and lower limb amputation.

One of Blue’s major investments is global water technology and solutions leader, Bluewater. A crusader in battling the use of polluting single use plastic bottles, Bluewater innovates and markets disruptive water purification and deliver solutions that give people in industrialised and developing countries alike access to pure drinking water.

“The problem is that tap water quality isn’t a given in many parts of the world. Tap water may contain contaminants such as lead or chemicals that can impact key organs or lead to reduced immune systems,” said Anders Jacobson, adding that is why Blue would like to see governments investing more in water drinking education programs.

In addition to Bluewater, Blue has invested in a growing portfolio of international game-changing companies, including Climeon, Baseload Capital, Save by Solar, Karun and Visiba Care.